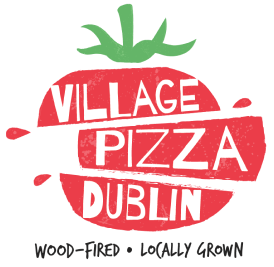 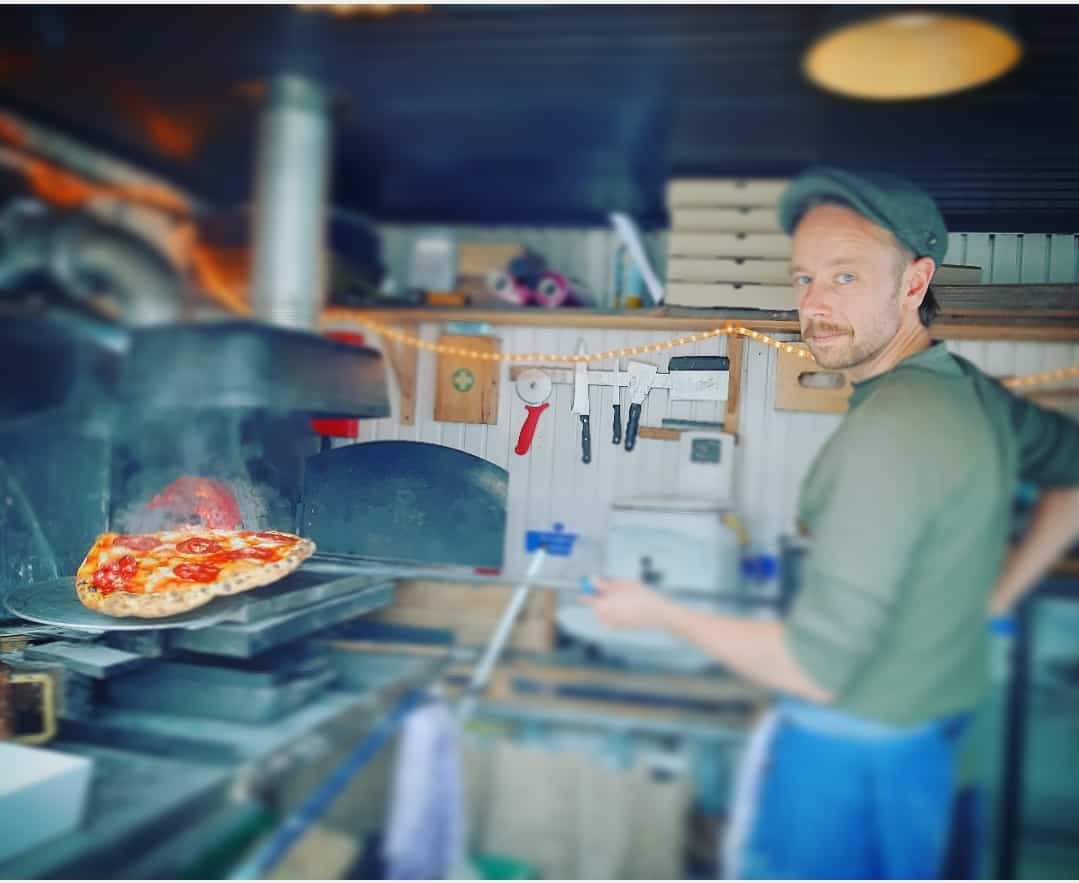 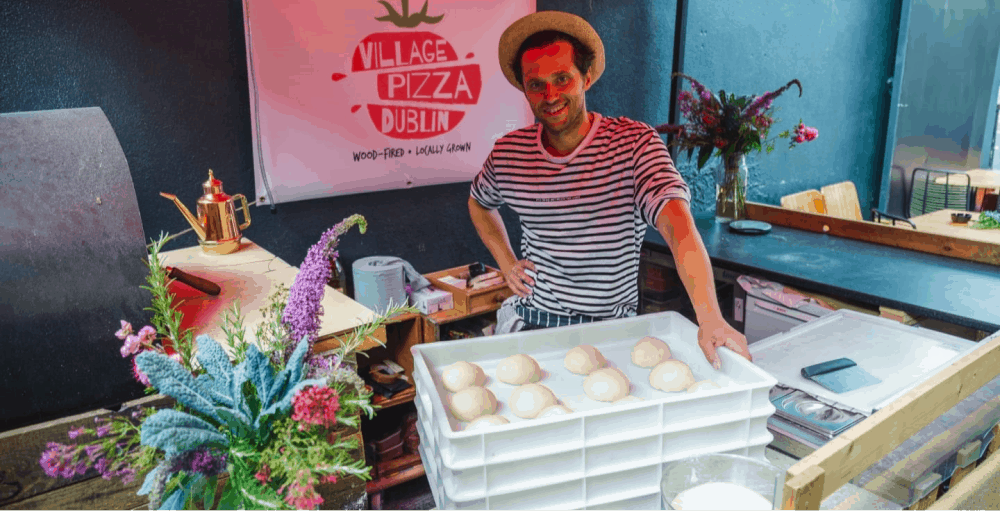 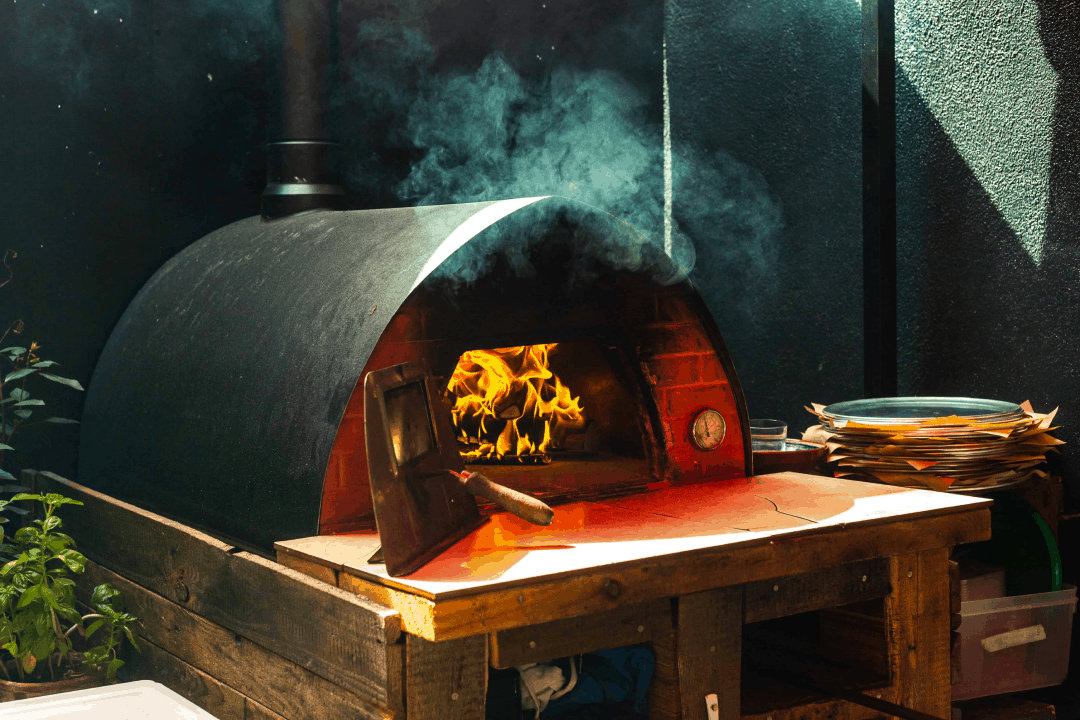 Village Pizza Dublin is the culmination of years of cooking in Dublin’s best cafes, vegetarian restaurants and pizzerias. It was also born out of inspiration from travel, and learning about different street food traditions. Like many pizza obsessed people Marek started his pizza journey by building an outdoor wood fired oven. After weeks of having fun playing with fire and dough, things began to evolve. Marek set off on a trip to Naples for further pizza studies! This mainly involved sampling the finest pizzas Naples could offer-for breakfast, lunch and dinner-and snacks. Shortly after, Marek got involved in developing the product and the menu for the yet to be opened Dublin Pizza Company, becoming their first head chef.

From the love of making something out of nothing, alongside a great desire to home grow his own produce  Marek built his own polytunnel. It was assembled out of up-cycled trampolines in his back garden in Stoneybatter. Soon enough it was home to an abundance of basil, kale, cherry tomatoes and a variety of herbs. The rural dream continued to evolve and not long after this Marek and his partner Rachel adopted 5 ex battery farm hens. The back garden started to resemble an actual urban -farm-in the heart of the city.

When the decision to start his own pizza business was made the dilemma of finding a name for the venture was very short- lived. ‘Village Pizza’ emerged as a name that nodded to both the village of ‘The Batter’ and the country side essence of where it all began on the little urban farm.

In May  2020 the Village Pizza team expanded, and Marek was joined by fellow pizza obsessed and talented chef Neil. Before joining Village Pizza Neil’s passion for pizza had brought him all the way to Naples where he trained under the eye of the only Michelin star Pizza master Enzo Coccia. After this he assisted Enzo to set up and run the “Little Pig” Pizzeria in Powers Court Centre in Dublin.

“This is honestly the best pizza in Dublin and I have tried a lot of different places to affirm it. The guys are very nice and in addition to the regular menu of 6 pizzas (including some vegan ones) they do some delicious special ones from time to time. Make sure you check their insta before going as they are in the Belfry only few weeks per months.”

First tried their pizza on a sunny day by the banks of the royal canal on Whitworth road and it was absolutely delicious. Both me and my two friends ordered the margarita pizza and it we all found it to be absolutely yummy. It was freshly made in front of us and was really quick too. The tomato sauce was really flavourful and the dough was just right 👌....not too thin and not too doughy! Highly recommend!

"Flipping well DELICIOUS pizza! The vegan piemento is my absolute favourite and keeps me coming back every time. The quality of the dough is perfect and the toppings are fresh and full of flavour.  Highly recommend giving Village Pizza a whirl!"

“Best dough in Dublin. Period. Perhaps even the best I’ve ever had... The consistency these guys deliver is way above any other places in town. They literally strive for the perfect pizza - every.single.time. The fact they work out of such a small space too, just makes it that much more special! Although I lean towards simplicity with Margherita pizzas usually, at Village Pizza I tend to go for either of their vegan options - they are amazing. Can’t recommend these guys enough! Definitely worth the trip up north.”

"I love pizza, i think I’ve tried all pizza in Dublin and this is the best! Every friend who thinks they know the best pizza, I go with them and watch them realise that the best pizza in Dublin is from village pizza. I’m vegan and they don’t just grab a base and put them fake cheese on top, they are creative with their textures and flavors creating the best vegan pizza by a long shot (with no stupid fake cheese on top). If I could give them more than 5 stars I would!"

"Probably the best pizzas I've ever had in my life. The dough is lovely and light, slightly charred by the wood oven, the ingredients are super fresh and you can tell that the super friendly staff put so much effort into every piece of detail to give the customer an amazing food experience."

"What a pizza. Just fantastic. Flavours on the special are amazing. Couldn’t recommend it enough. Staff so helpful & gave great advice. You need to try this place if you’re a pizza lover. One NOT to be missed."

"Wow wow wow. This pizza was top of the range. The dough was AMAZING, the crust was so chewy and fluffy, perfect for dipping into their fresh garlic dip. Everything about it was great quality. One of the best pizzas I've had! 😍🍕🤤"

"Tastiest pizza in the city. Good commitment to local and quality ingredients, great value!!!  love that they have a few really good vegan/plant based options that have been given a lot of energy and love. They are just as good as the rest of the menu which is really refreshing to see!!!  crispy edges, lovely fermenty base."

"One of the best pizzas you can get in Dublin. Well priced, simple menu using great ingredients. Friendly and efficient staff. Highly recommended!"

"Absolutely fantastic pizza! Best around Dublin. Flavours are out of this world and everyone is so sound. Would definitely recommend" 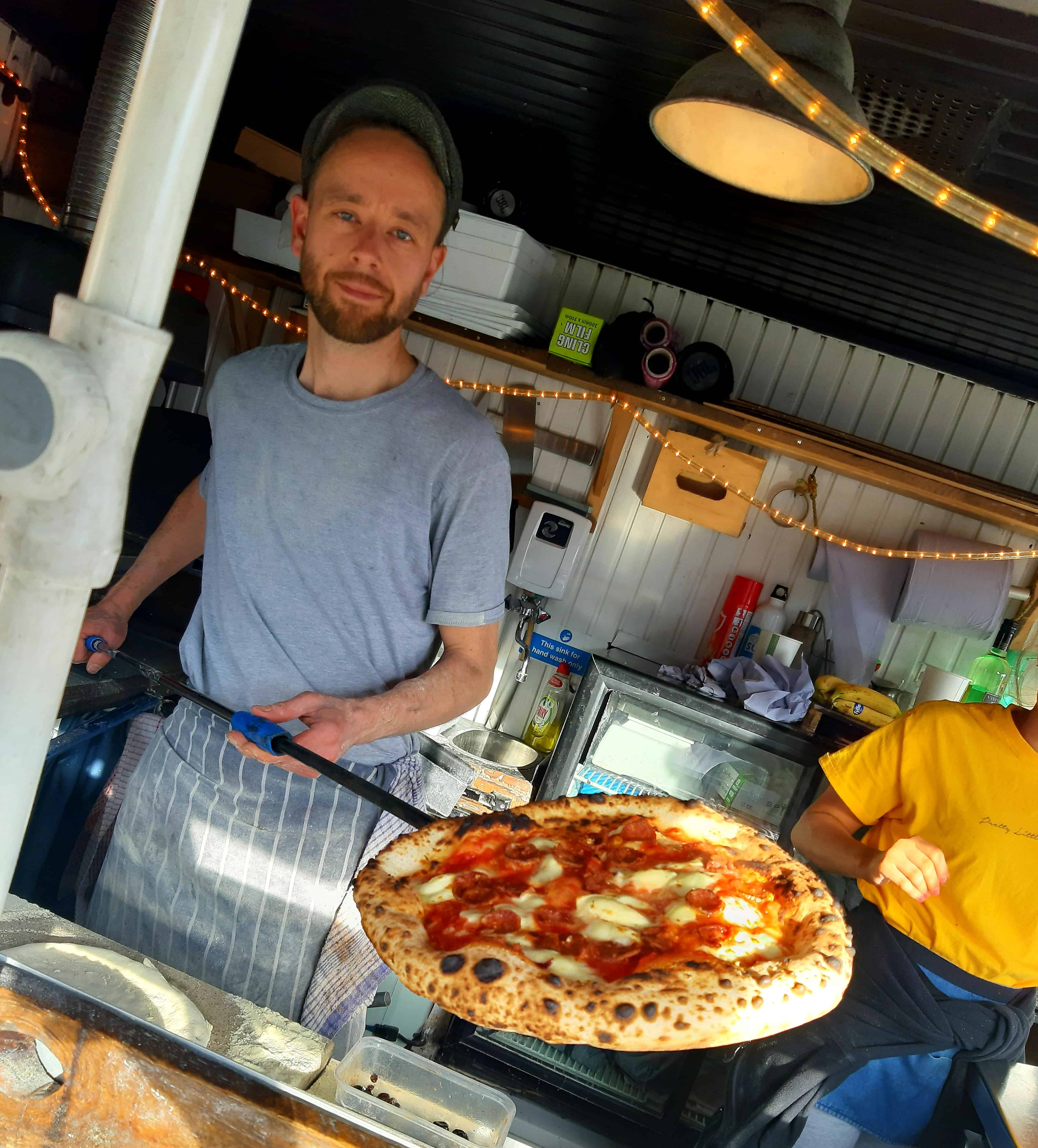 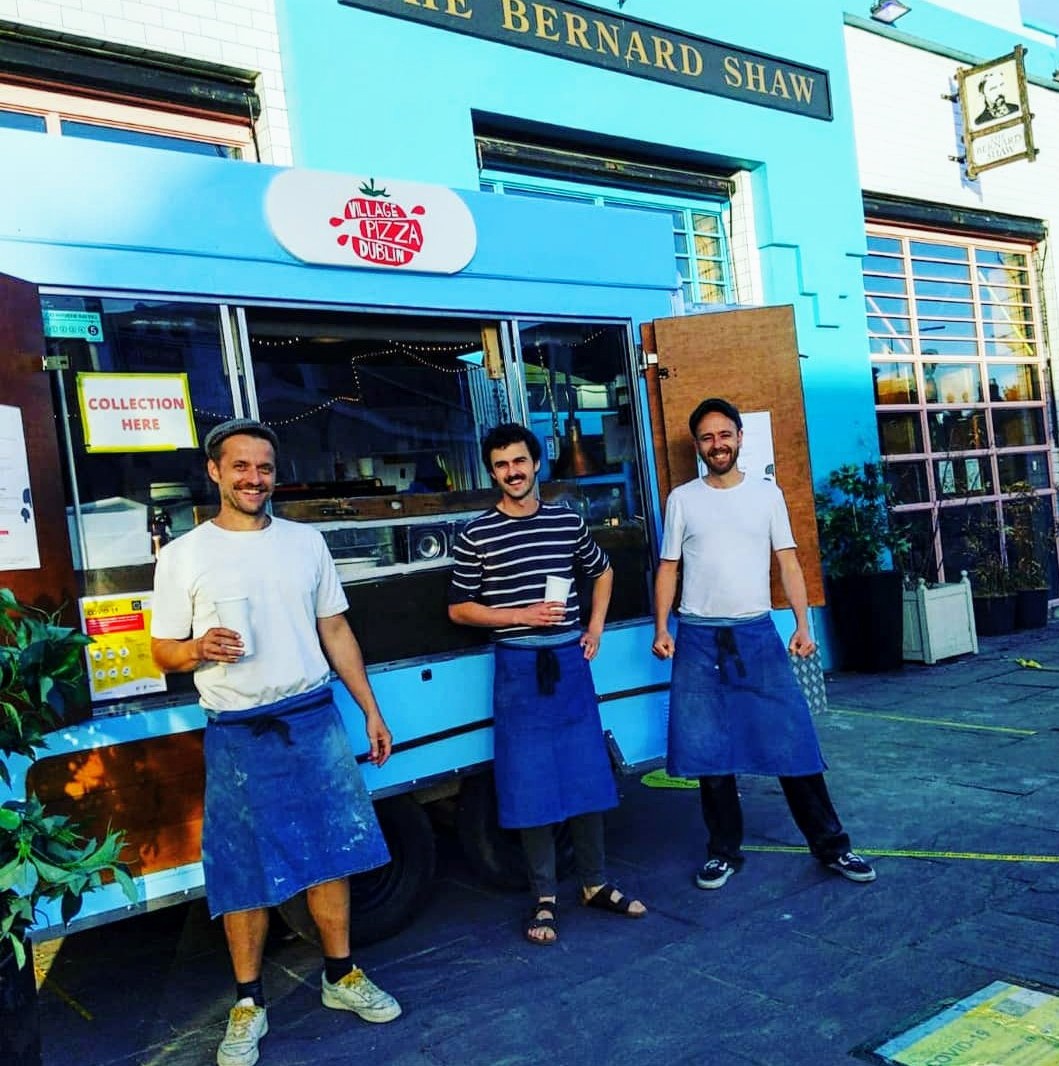 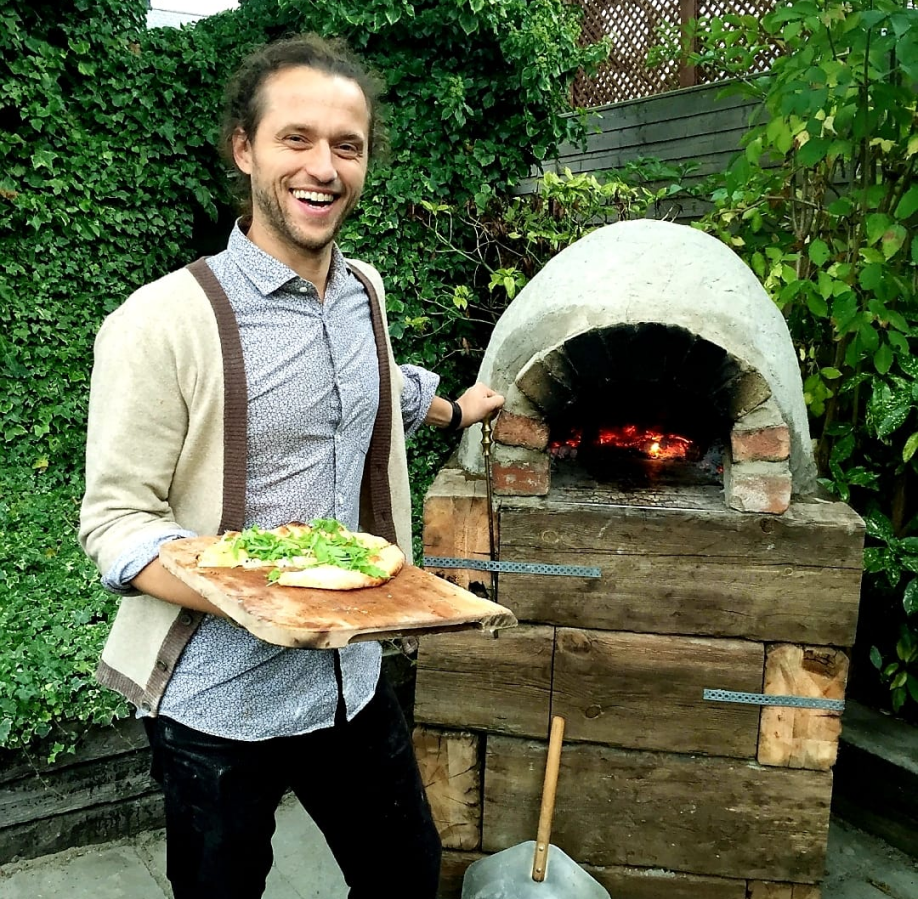 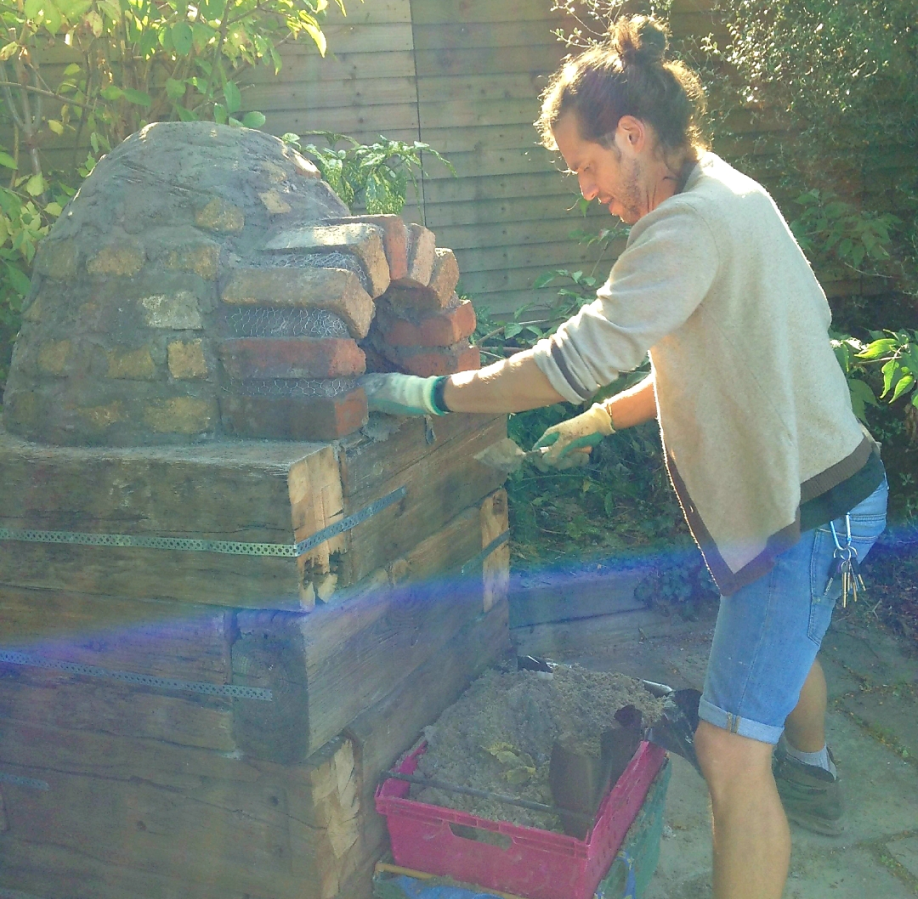 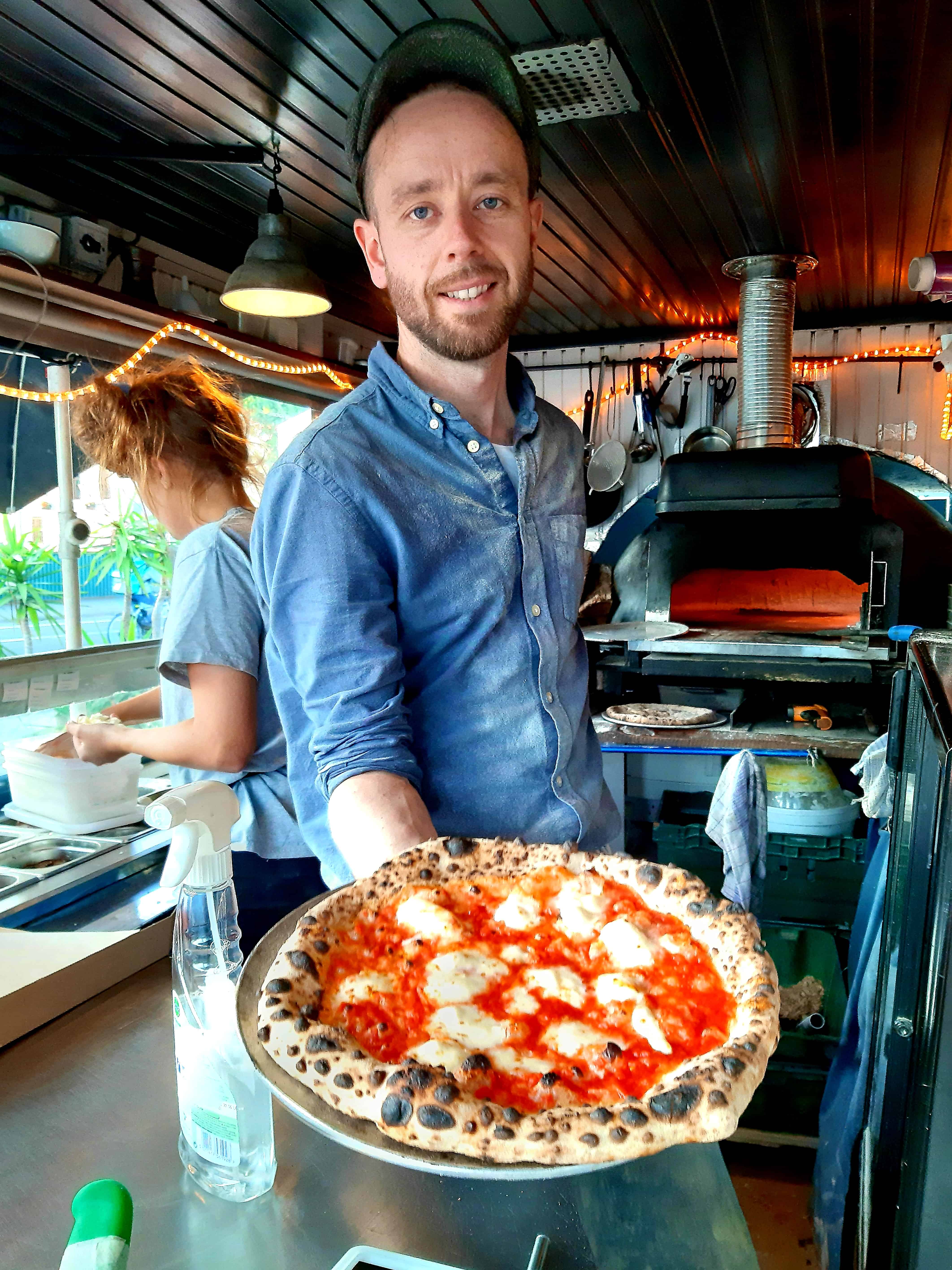